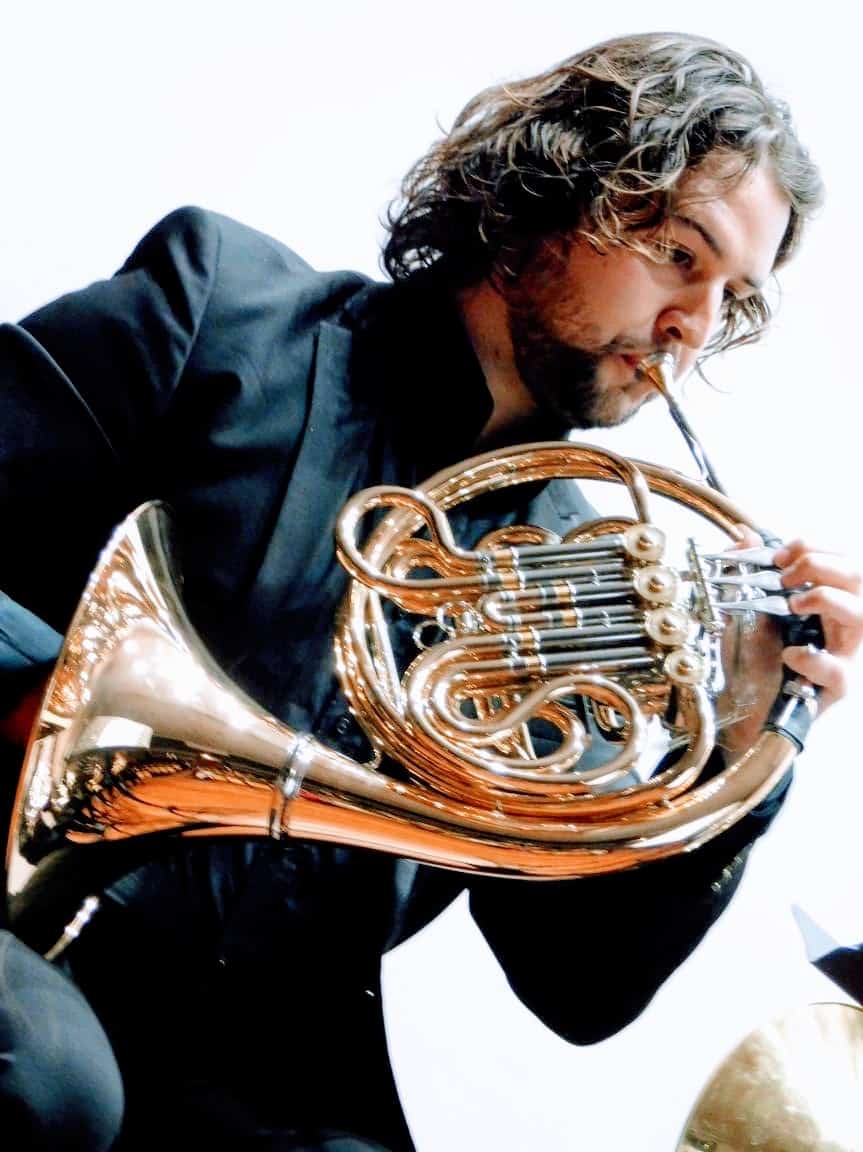 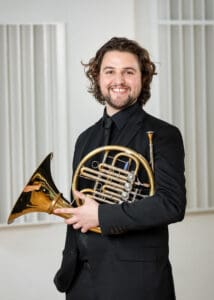 Recently, Alex Wide visited our factory to test the prototypes of the new Alliance range of French horn mouthpieces.

Originally from Southampton, Alex studied at the Guildhall School of Music and drama for five years where he did both his Undergraduate and Postgraduate degrees. He is currently Principal Horn of Bournemouth Symphony Orchestra, so we were delighted to get his take on the prototypes!

When did you start playing, how did you get into music?

I started playing when I was seven at Shirley junior school in Southampton. I used to listen to Classic FM in the car with my mum and when ever a horn started playing I would always say I wanted to play that one.

What is the best and worst thing about playing your instrument?

The best thing about playing the horn is the sound we make. We always get to play the nice romantic tunes which is a lot of fun. The worst thing is that you can never predict what is going to happen on the horn no matter how much you practice. Sometimes it just doesn’t work! Horn players are often referred to as dare devils because of the high risk element and unpredictability of our instrument.

I have so many, but one musical highlight was a tour of South America with the London Symphony Orchestra playing Brahms 2nd piano concerto and 2nd symphony and Rachmaninoff 2nd symphony. It was a fantastic trip seeing lots of new places and cultures with incredible repertoire. Waking up to a sunrise over the Andes in Chile was something I will never forget.

Which band/orchestra do you play in and how did you get involved?

Up until recently I used a Paxman 4 cup with a PHC AS rim as it was the best fit for my lips and the cup was a very versatile middle of the road mouthpiece making it appropriate for all repertoire. I recently moved over to an Alliance Prestige 4 as it has all the same qualities as my old mouthpiece but I find it easier to play on and I make a clearer slightly brighter sound on it which I prefer.

Why did you visit the Alliance Factory?

I came to try the new Alliance mouthpiece range for French horn that had been developed.

Did you learn anything new/interesting from your visit?

I didn’t know that all the mouthpieces are hand made in the workshop in Hamworthy. The care and attention taken over every step of the production process was impressive!

What did you think about the mouthpiece prototype?

I really enjoy playing on it. In fact I was so comfortable on it that I actually used it in a concert that evening! I feel it has really helped with the projection of my instrument and I was really impressed with the craftsmanship that has gone into making it.

Have you used the mouthpiece since then?

Yes, I have been using it in the Bournemouth Symphony Orchestra since I visited the workshop. I am also having a gold plated version made to match the gold plated valve caps that my custom Yamaha came with.

I have only just joined the BSO so I plan to settle into the job and enjoy working with my new colleagues. After that, who knows?

Alex’s gold mouthpiece is still in production, we’ll share it with you when it is ready! If you’d like to be one of the first to hear information on our new french horn mouthpiece range, subscribe to our newsletter by filling in your details at the bottom of the page.