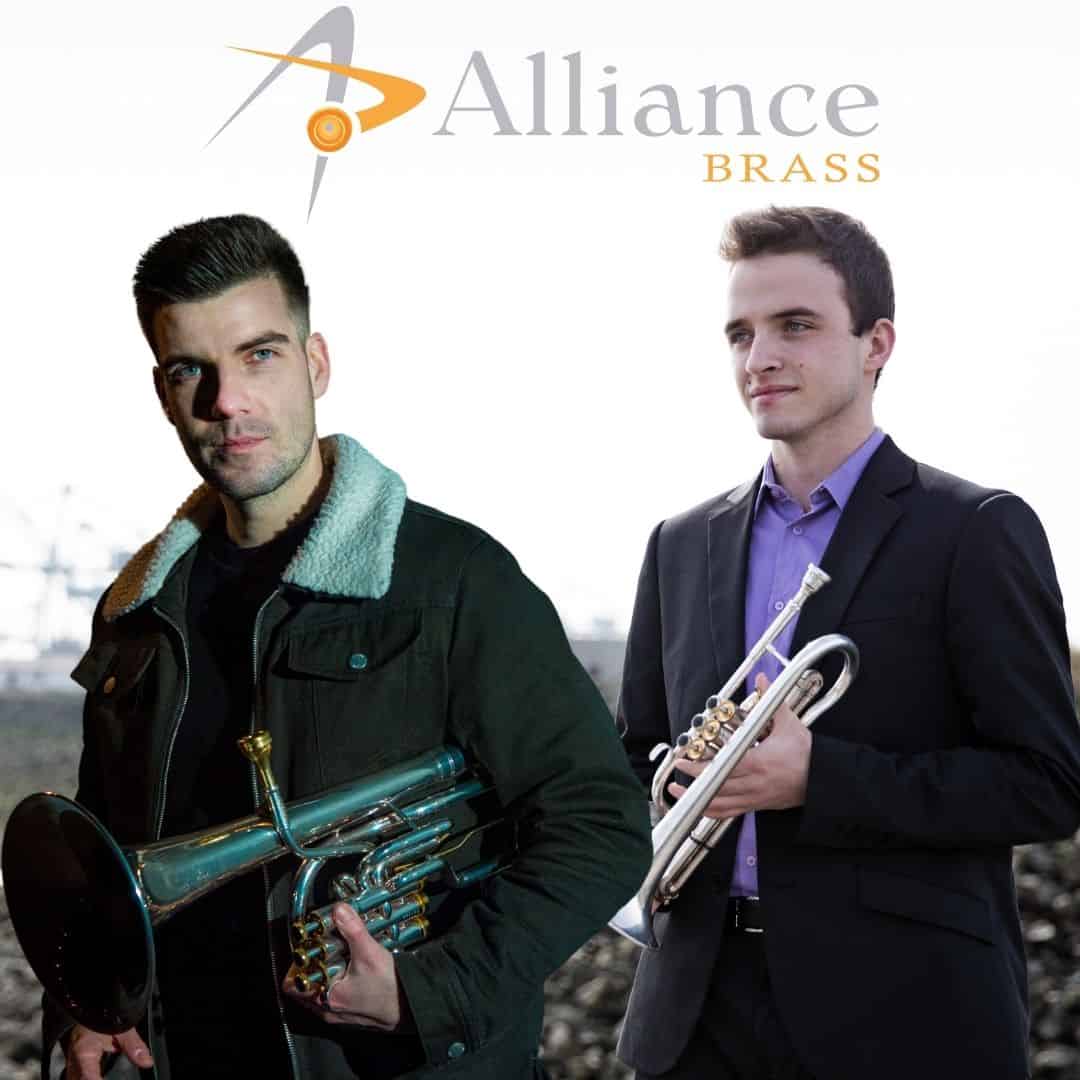 We’re so pleased to be adding them to our already impressive list of household names that represent us, including David Childs, Owen Farr, Richard Marshall and Leslie Neish.

Tenor Horn player De Maeseneer is Professor of Saxhorn (Band instruments) at the prestigious Leuven University College of Arts (LUCA) campus Lemmensinstituut, soloist in residence with Brassband Willebroek and an ambassador and performing artist for Besson Musical Instruments. He has also recently received critical acclaim for his Belgian solo album for tenor horn and brass band ‘The Birth of Time Echoes’.

Cornet player Violet is active in various orchestras, regularly performs as a soloist and is also a Besson artist. He has travelled to several bands in Europe & the United States of America, and has been the Principal Cornet of Brassband Willebroek since 2011. He is also a talented conductor and composer – having written one of the pieces for De Maeseneer’s solo album.

Both players are equally delighted to be on board, as summed up by Lode who said ‘having played on the Alliance mouthpieces for a very long time already, it’s kind of a dream to be able to promote this brand as an artist of the future.’

Our CEO, Stephen Wick, said ‘it is fitting that a brand that initially found its roots creating a range of mouthpieces for Besson brass instruments should continue that relationship.’

Read more about Lode, Tim over at 4barsrest as well as on our artists page here.