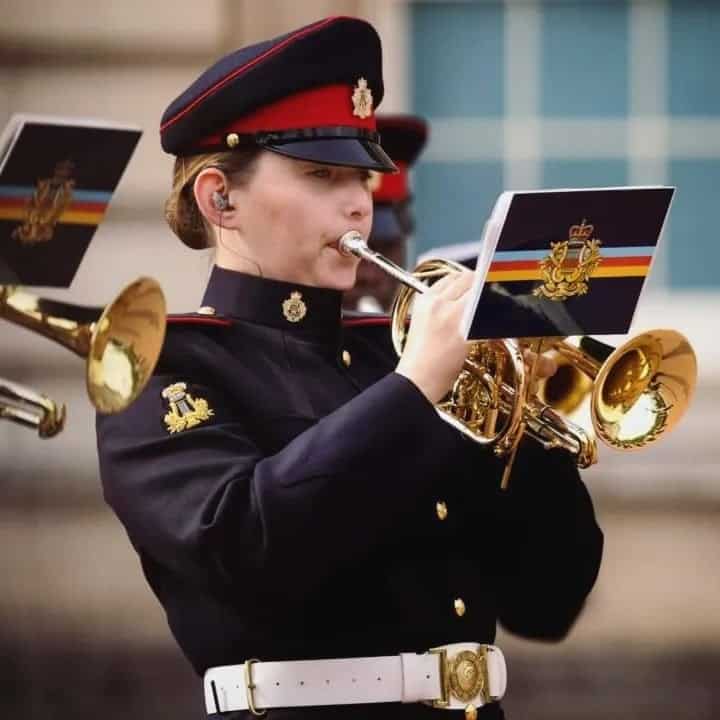 We love hearing from customers about their musical journey. This month we spoke to Louise, a musician in the British Army, about what her day to day life is like as a musician…

I play cornet, trumpet and flugelhorn.

When did you start playing?

When I was 8 years old I started lessons on the trumpet through school. I enjoyed music as a child but never showed a particular interest in any specific instrument, it was just the first one offered to me! I loved playing so much I decided I wanted to make music my career, and I studied for a performance degree at Birmingham Conservatoire, followed by a Masters at the Royal Northern College of Music. It was during my time at college that I discovered the joys of playing in brass bands.

Which band do you play in and how do you get involved?

I have played and competed in many brass bands in the Midlands and the North West, and after relocating “down south” in 2019 I am currently assistant principal cornet at Woodfalls Band. My day job is as a musician in the British Army; I play front row cornet with British Army Band Tidworth who are based in Wiltshire and one of three full-time Army brass bands. It is such a varied, rewarding career and I cannot recommend it enough!

I also work within the Band Engagement Team so it’s my job to help inspire the next generation of young brass players and show them what a career in military music can offer. Our social media pages are full of fantastic posts about what we get up to, and for anyone (aged 15-35) who’s passionate about playing their instrument and thinks they might want to get paid to do it, pop your details into our mailing list (there’s no commitment or signing up to anything involved!) and one of the team will be in touch with more information.

This is always a really difficult question for any musician to answer! Practice is such a subjective thing and I’m very much of the “quality over quantity” mindset. When I was at college I would spend probably 4 to 5 hours a day sitting in practice rooms alone with my thoughts and while it was great to have that luxury and be able to devote that much time, I have to be honest and say it wasn’t always entirely productive!

After graduating and once I was working full-time my free time was at much more of a premium; having to cram test piece practice into the half an hour I could find here and there between work and band rehearsal definitely taught me a lot about how to work more efficiently and focus on what I need to achieve.

Since joining the Army my practice schedule is entirely dependent on my work schedule, and when the band is busy it can be really hard to find any time to practise, but I like to think that any time I have the instrument on my face it’s doing me some good. Playing in a brass band full-time is definitely fantastic for building stamina!

Always make sure I’m ready in plenty of time and have everything I need so there’s no last-minute stress. Always have a good warmup, this doesn’t necessarily mean a long warmup, just enough to get the blood and the air flowing and be ready for whatever’s on the programme. Whether it’s a straightforward band gig or a big solo recital I like to get “in the zone”, I’ll always take a few minutes of quiet time to mentally prepare myself.

What do you need to take with you?

I wouldn’t say I have any lucky charms or superstitions or anything, I’m just always really careful to make sure I have all my kit and everything I need for whatever job I’m doing.

Actually though, this is a pretty silly answer, but I’m fortunate enough to have my husband in the band with me and it’s always reassuring to have someone experienced there to keep my head screwed on and answer the stupid questions I’m too scared to ask anyone else!

In 2017 I won the 1st Section National Finals at Cheltenham with Pemberton Old Wigan Band, that was such a special feeling. I’ve also played with orchestras at Symphony Hall and the Bridgewater Hall which was fantastic. At work I’m currently coming to the end of a stint on Public Duties in London, which has involved Changing the Guard at Buckingham Palace and Windsor Castle. 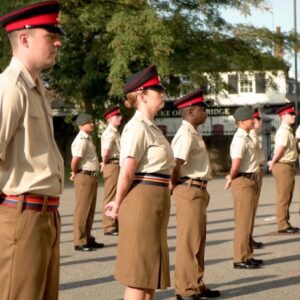 We were the first British Army brass band to have done this and it has been such an amazing experience, you wouldn’t believe the amount of people that turn out to watch, and to have made history by bringing a new and different sound to such a prestigious tradition will definitely be a highlight of my career.

It can make you feel almost every different emotion.

Perseverance is key! Brass instruments can be frustrating for beginners as it can take a while to learn the basics and be able to produce a note, but once you’ve passed that first hurdle it is so rewarding to hear the progress. Practise little and often and don’t expect too much too soon!

For the majority of my cornet playing I use an Alliance 2. Having struggled with other mouthpieces in the past due to having very thin lips causing pressure on my teeth, I love the Alliance mouthpieces as the rounded rims are so smooth and comfortable! To me, sound is everything, and I find the amount of resistance just right, allowing me to make a full, mellow sound while still comfortably reaching the high notes needed for solo work and when playing on the front row.

As someone whose job involves playing at a high level it’s so important to find a mouthpiece that makes my playing experience enjoyable and (mostly!) stress-free. I do a lot of playing while marching as well, and find the 2A another useful addition to my mouthpiece pouch as it allows for a bit of extra projection outdoors while not compromising on tone.

I also use an Alliance 3FL on flugelhorn, and a 5 on trumpet, and I find they complement each other perfectly, making the switch between instruments smooth and effortless.

I would love to perform at the British Open and the National Finals at the Royal Albert Hall, they’re definitely on my brass band bucket list! I can’t wait to go abroad with the Army once travel opens up properly, there are so many great opportunities to perform all over the world. I want to carry on developing my solo playing too, I’d quite like to do a performance diploma, if I can find enough time to prepare!

I wish I had decided to pursue music as a career sooner, but I can’t change the past, I’m happy with everything I have achieved so far and always looking forward to what the future holds. Although sometimes I do wish we didn’t have to spend so much time on coaches…! 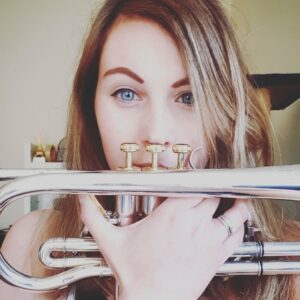 If you enjoyed reading about Louise she can be found on Instagram @louisetrumpet. If you would like to be a guest on our blog please contact [email protected].