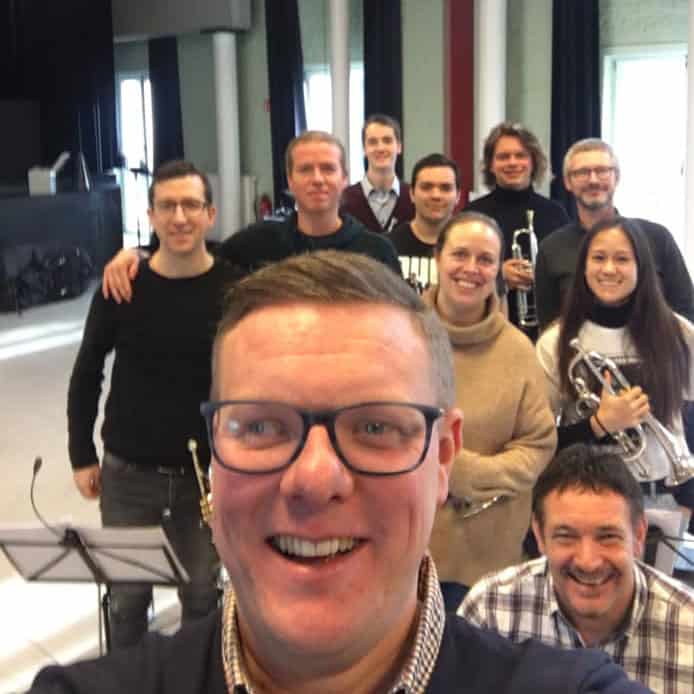 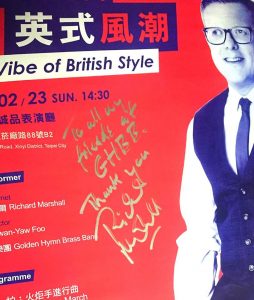 Alliance artist Richard Marshall has been Black Dyke’s principal cornet for fourteen years and as well as a busy teaching and contesting schedule has some important solo engagements lined up for 2020.

He has already appeared in Belgium as the guest soloist with Brassband Gent under the direction of Luc Vertommen for their special New Year Concert, where he also gave a masterclass to the band’s cornet section. He also has solo appearances coming up in Birmingham, Leeds, Manchester and the West of England.

In February he appeared in Taiwan as guest soloist with the Golden Hymn Brass Band in a special ‘Vibe of British Style’. Richard also gave a masterclass and gave private lessons whilst there.

With little time for any rest, Richard will return to Black Dyke to perform in Huddersfield for the Yorkshire Regional Brass Band Championships.

Richard is in great demand as a soloist and will appear with the British Army Brass Band Catterick on Friday 27th March where he will perform the Philip Wilby Cornet Concerto ‘1945’. This demanding work was written in 2002 for the Black Dyke Band and soloist Roger Webster, and should prove a stunning showcase for Richard’s virtuosity.

Richard will be hosting the popular Cornet Day at the RNCM in Manchester with Dr Roger Webster on 29th March. This event is open to all young cornet players with ABRSM Grade 6 or above. 2020 is is already a busy year for Richard! His cornet mouthpieces are a best seller for Alliance and are popular with cornet players all over the world.